Kristen and Taylor Will Attend KCA 2012 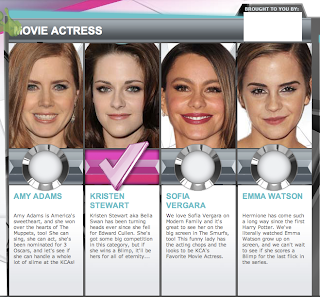 Quote of The Day - Edward Cullen

Snow White and the Huntsman - On The Set: Death In The Throne Room

Kristen Stewart - Amazing The Way You Are

Snow White and the Huntsman - On the Set: The First Battle

Email ThisBlogThis!Share to TwitterShare to FacebookShare to Pinterest
Labels: behind the scene, sneak peek, Snow white and the huntsman, SWATH 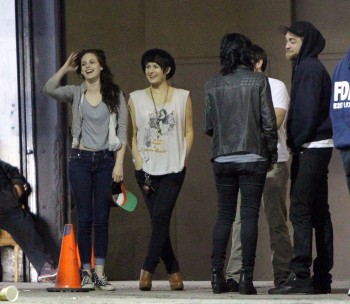 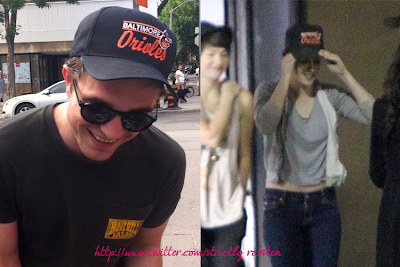 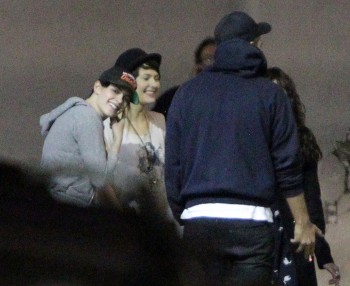 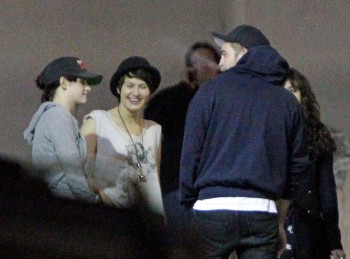 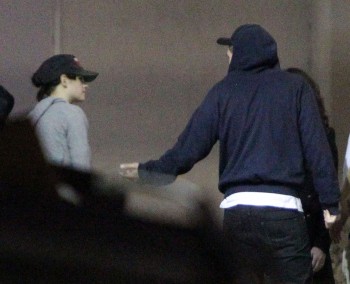 To Read My Cerpen  KLIK HERE

Fashion of The Day - Robert Pattinson

Jack Morrissey answers questions regarding the filming of BD and BD2 trailer etc.

When it came to the edit process of BD did Stephenie have anything to do or say about it, or was it all Bill?

Aside from the however many seconds of "Thrustgate", the cut is pretty much how Bill made it. I don't remember Stephenie having many notes. I heard she was very very happy with the movie.

Why did they change the engagement ring in BD2?

During transformation the last image is Charlie and Renee holding a baby Bella. Is that her own memory?

Yes, remember she's seeing herself in a mirror.

The BD1 guide has a pic of several bodies in tower of the volturi. Is that from the deleted "Inviting Aro" scene?

Yes, exactly, that used to open the movie before cutting to Jacob running from his house.

On one of the special features I saw an image of the wedding invite with the wrong date: 2011! What's up with that?

Is it right in the movie or wrong? This would be the propmaster's job.

Was there a longer version of the wedding dance at the reception?

No, I don't think so. Not that I ever saw, anyway.

For Edward being such a traditionalist, why does he say Bella instead of Isabella in the wedding vows?

On Bill's commentary, I heard him say there will be a 4 hour single Breaking Dawn movie one day with extended scenes?! When?!

When do you think?

Why were so many scenes left out of the movie when the running time was relatively short?

Because he came to feel that they were extraneous to the pacing and flow. Editing is never about runtime.

Do you know how I can get an autograph from Twilight?

At one of the official Twilight conventions? What's the Twilight Creation Entertainment handle, WB? (ED: check out creationent.com for Twilight Convention info.)

Did Bella's dress sleeve rip when Edward carried her in the house?

I dunno, you tell me!

The scene with Edward in the ocean while Bella walks out to meet him: Legit or CGI? Looks too perfect to be real!

A blend of both. It depends on which specific shot you're wondering about.

Were the wedding speeches scripted or ad-libbed?

Was "Thousand Years" originally in the movie and then later moved?

It was never in the movie, but "Turning Page" was originally titled "A Hundred Years"!

Did Rob smoke a cigarette before every take/scene?

How many months was filming in Baton Rouge? Was it fun being in Louisiana?

Maybe six months total in Baton Rouge, including pre-production. I never went! Ask @erikodom how fun it was.

Why does the Twilight Saga never get nominated for Oscars?

It's not what we call an awards movie.

What was your first impression of Kristen and Rob?

Why in the movie do Edward and Bella not have sex three times on the honeymoon like in the book?

The movie companion says B wears E's clothes on the honeymoon. In what scene? Was this cut?

Why does Bella wear her wedding and engagement rings on different hands?

I have no answers where any of these ring questions are concerned, folks. I wasn't there.

Why did Edward stop wearing his Cullen Crest wristcuff after the wedding?

I believe that was a choice of the costume designer's and Bill.

I have just one thing that troubles me: sparkles! We didn't see any "diamonds" on Edward on BD1, hope to see some on Bella in Part Two.

What about the waterfall?

Any news on when promo for Part 2 will start? We need to batten down the hatches! :)

Breaking Dawn Part 2 logo was revealed. What do you think? Is there anything you can tell us about the color choice?

Is the trailer that will be released on the 23rd the same as the Target one?

Will the trailer be in front of The Hunger Games internationally or only in US?

What is the run time of the trailer?

Maybe a minute or a bit more - the usual teaser length. But it's what they fit in to that time... Email ThisBlogThis!Share to TwitterShare to FacebookShare to Pinterest
Labels: Snow white and the huntsman, SWATH, trailer

Fashion of The Day - Kristen Stewart 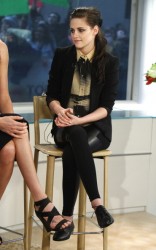 Email ThisBlogThis!Share to TwitterShare to FacebookShare to Pinterest
Labels: pengumuman

Robsten Video - the story, the evidence

Thanks To Robstenville
Posted by R/K Clan at 4:43 PM 0 comments

Kristen Stewart - On The Road


"On the Road" is a film adaptation of the same titled novel written by JackKerouac in 1957. The novel was picked up the story of Jack and his journey,Neal Cassidy. In the novel, is told of a young man named Dean Moriarty (Jack'salter ego) and Sal Paradise (Neil) travels the world and see America. They went through many things in his travels, such as riding a vehicle, meet more peopleand trying to survive despite having only a little food.

Email ThisBlogThis!Share to TwitterShare to FacebookShare to Pinterest
Labels: on the road, summary, trailer

Thanks To robstensessed
Posted by R/K Clan at 4:10 PM 0 comments

Thanks To Robstenation and Stormshadow
Posted by R/K Clan at 7:27 PM 0 comments

Let's we flashback a little... of MMA Robsten :)

Thanks To MiSaDalinda4ever
Posted by R/K Clan at 5:10 PM 0 comments

Thanks To koolkrazykuzins
Posted by R/K Clan at 4:55 PM 0 comments