We presented the Gisela Twibbon for remember her as a Twifan... G may you rest in peace 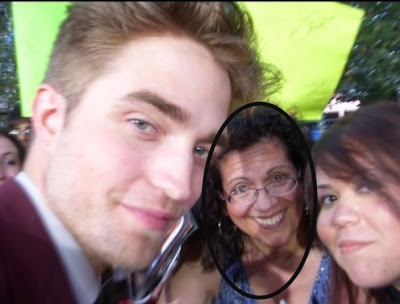 I made this for "G" and people who related to her
Summit Entertainment/Lionsgate have released their official statement follow the death of 'Gisela' this morning.. As some of you might know by now.. Gisela was waiting in line for Twilight last panel in San Diego, for Comic-Con.. There was an accident this morning, where she fell and her fall was fatal.. Sadly Gisela passed away... Sure this is not the first, and sadly not the last fan that will pass away.. But Gisela died doing something she loved.. If it had not been for Twilight, Gisela wouldn't have been there this morning.. She was just as passionite as the rest of us.. and sadly.. She will no longer be there this Thursday, eventhough I'm sure her spirit will be present.

Summit's official statement:
"Lionsgate, Summit and the entire Twilight community are saddened by the death of a Comic-Con fan today due to a traffic accident during the hours leading up to this year's convention in San Diego. Our thoughts and condolences go out to the victim's family and friends. She will be respectfully remembered this Thursday in Hall H."


If you would like to express your condolenscens or feeling and well thoughts to her and her family. PLEASE write them below in the comment section.. Make sure to include your name/country or state. Let's show her family/friends that she has more twifriends mourning her loss from ALL around the world! ♥ Just a few words, or a sentence or two. Thank you guys!!

to those of you wondering who 'G' was, she was a dedicated fan who has been to places some of us will never go.. She even had a picture with rob :'( So sad, that she was a fan and will never truley get to see the finale some of use are so anxiously waiting for! I'm sure Gisella will be there on Thursday, with the best seat in town.. in heaven.. And she'll be there on Novemebr 16th.. watching the movie.. fangirling with rest of us.. May you rest in peace G.. You'll be missed


As my own
"I feel very sad because one of the Twifan has died this morning... I'm sure it's not the first and sadly it's not the last of it... So as a family, those who have a Twlight Page in Twiiter or Facebook... Please put this Twibbon o your Facebook Profile Picture as immense power that we all have together as family... Thank you
If you have questions feel free to e-mail me or comment this post...

Via
You can help her family by sign this Twitition !! Just CLICK HERE
This the news guys :(

Woman In SD For Comic-Con Killed Near Convention Center
SAN DIEGO -- A woman in town to attend Comic-Con International 2012 was struck and killed by a car Tuesday in front of the San Diego Convention Center, where the highly popular annual event takes place, authorities reported.

A man driving a Subaru Outback had a green light when his westbound vehicle hit the 50-year-old woman at Harbor Drive and Fifth Avenue shortly before 9:30 a.m., according to San Diego police.

"Apparently, the pedestrian, as she went (along) the crosswalk, stumbled and fell and struck the vehicle as it passed by her," SDPD Sgt. Ron Glass told 10News.
Medics took the victim to the hospital, where she was pronounced dead.
Friends identified the victim as Gisela Gagliardi, but authorities have not confirmed the identity.
Gagliardi was among a large group that had been waiting near the Convention Center since Sunday specifically to see the cast of the "Twilight" films, friends told 10News.
Friends said Gagliardi was part of a dedicated group that traveled to many cities with the hopes of getting a glimpse of the "Twilight" stars. 10News learned Gagliardi was an accountant from Kingston, N.Y.
An online memorial fund has been established to help Gagliardi's family pay for funeral-related expenses. Click here for the memorial information.
Harbor Drive was shut down for several hours as authorities conducted an investigation.

To read other news CLICK HERE
MIKO
Posted by R/K Clan at 11:10 AM